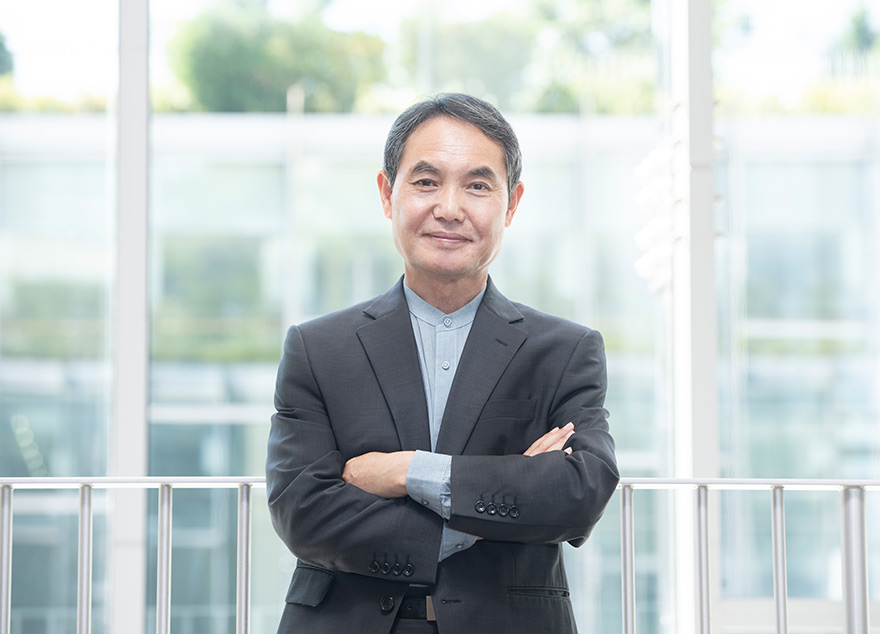 No One Shall and Can Command me. Martin Luther’s Political Ideas and Modernity 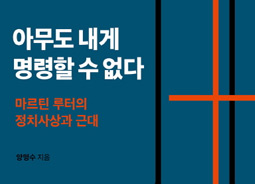 The impact of Luther’s Reformation on the rise of modernity is usually found politically in the naissance of the sovereignty of the state and culturally in the secularization of human society. As a Korean theologian, I find the key point of Luther’s revolution in the transformational viewpoint of the human being; the Reformation had great impact on the naissance of the liberal and responsible individual. I think this is the most important lesson that the Korean church must learn from Luther: it is crucial for the progress of democracy and human rights in Korea. This book focuses on how Luther’s discovery of real individual has impact on the emergence of modern political and social ideas.

Luther’s religious individualism is very clear. For Luther, to be a Christian is to be solitary: “The world and the masses are and always will be un-Christian, even if they are all baptized and Christian in name.” Spiritual divergence from the masses and the world is unavoidable for Christians; people of the kingdom of God must form their own individual inner worlds. One is to face oneself in Christ, deviating from relations with the other controlled by morals and laws. The individual’s independent self-consciousness before God is anything but the identity formed in social life.

After Luther, “to be means to be for consciousness,” and the individual’s self-consciousness becomes the origin of all phenomenality in the sense that it is the locus of revelation of divine truth. This explains why Luther’s work is noted to be the origin of Kant’s and other German idealists’ philosophies. Everyone can know the truth and judge what is wrong and what is right. The heteronomous interference from outside is excluded in the individual’s cognition of truth. Luther’s saying “No one shall or can command me” clearly demonstrates the representative modern spirit of liberty. Kant’s self-determined and autonomous subject is nothing but the secularized version of Luther’s theonomous individual.

Strengthening individual’s interiority, Luther’s theology brought about the desacralization of the secular authority. The state and politics preserve but cannot save; salvation happens in the individual’s internal condition. Luther tends to take the inward kingdom of God, the kingdom of freedom and love, as more substantial than that of the state, which restricts by law. Christians are those who are spiritually able to marginalize state power. Obviously, they must respect and follow the worldly order, but they are not restrained by law but make free use of law to share in external peace. Luther’s theology of paradox plays out: It holds two seemingly oppositional aspects about positive law and civil justice: marginalization and divinization. This way, Luther’s theology is considered the origin of social contract theory and of modern legal positivism.

Luther’s religious liberalism is far from the modern liberalism of neutrality but oriented to a community of love. Unlike Hegel who was affected by Luther and turned Luther’s organic society into the state system, Luther distinguishes the society from the state. In Luther’s theology of paradox, love and justice must occur simultaneously in every occasion. By doing so, one must preserve the world and expand the kingdom of God at the same time. Evildoing must be punished in the name of justice, still evildoer must be respected and loved: His/her own person cannot and should not be insulted but respected. This is because, according to Luther’s logic, a criminal’s inner soul is to remain untouched by any legal judgment even as the external body must undergo a penalty. Luther’s theology of punishment went on to Hegel’s philosophy of punishment and contributed to enhancement of the public awareness in favor of human rights of criminals.

On the other hand, scholars find the historical background of Nordic welfare states in Luther’s vocational understanding of work and his teaching of an organic society of love. Luther’s vocation theory sheds light on the way toward human freedom and love beyond the capitalistic ideology of profit maximization.

* Related bookMyungsu Yang, No One Shall and Can Command me. Martin Luther’s Political Ideas and Modernity, Ewha Womans University Press, December, 2018, 479 pages

Myungsu Yang, “A Sketch of Luther’s Political Theology on the Question of Church and State with Reflections concerning the Current Responsibility of the Church in Society, in Journal of Lutheran Ethics, 2/20 (2020)

Myungsu Yang, “Luther’s Reformation and His Political and Social Ideas for Korean Church and Society”, in Journal of Society of Christian Ethics, 2/40 (2020)

Myungsu Yang, “A Sketch of Luther’s Political Theology on the Question of Church and State with Reflections concerning the Current Responsibility of the Church in Society, in Journal of Lutheran Ethics, 2/20 (2020)

Myungsu Yang, “Luther’s Reformation and His Political and Social Ideas for Korean Church and Society”, in Journal of Society of Christian Ethics, 2/40 (2020)