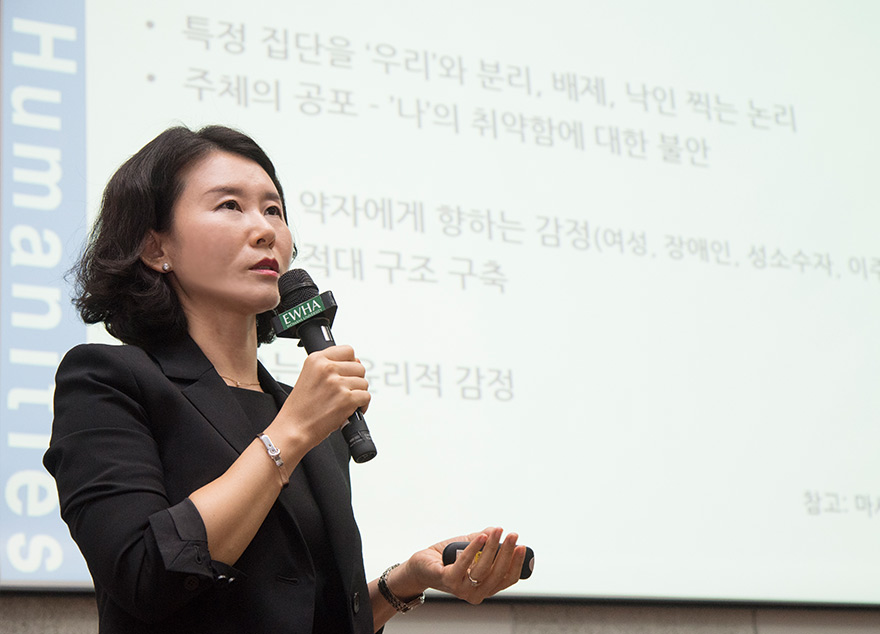 Trans-boundary thinking and ethics of narratives: Korean literature and migration 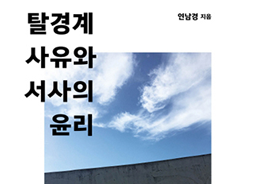 The purpose of this book is to explore the trans-boundary thinking arising from the ontology of migration and the ethics of narratives in representing and remembering the said ontology, through the phenomenon of migration as a focal point that permeates Korean literature. First, this book studies aspects of changes in human identity that are caused by migration in modern and contemporary literature, and the new principal agents and ways of thinking that emerged from the changes. Then, it examines how the event of migration and the presence of strangers are represented and drives changes in the expressive methods of Korean literature. Statistics from late 2016 show that the number of foreign nationals residing in Korea exceeds two million, representing a sharp increase of over nine percent every year for the last five years. Today, we are able to easily access news from across the world in diverse mediums. Capital and labor freely cross national boundaries and the scale of settlement and migration are also gradually increasing. This book examines how Korean novels deal with the issue of migration, which the Korean people are rapidly beginning to experience in the global era. Migration is also an important historic phenomenon that is affecting Korean literature. As seen in the countless displaced people, the Korean diaspora in China, migrant workers, and North Korean defectors caused by the Korean War and the national divide that occurred under the Cold War system, migration has run in parallel with the turbulent course of Korean history and spurred on major changes in Korean literature.

This book meticulously traces how migration is described in the literary works of writers ranging from leading authors such as Choi In-hun, Lee Cheong-jun and Park Beom-sin, ethnic Korean writers in China such as Kim Hak-cheol, female North Korean defector such as Kim Yu-kyeong, Kim Hey-suk, and Choi Jin-yi, to emerging authors such as Jo Hae-jin and Choi Eun-yeong. This book also reflects on the rapid changes of human identity as brought on by migration as well as new principal agents, while analyzing the reproduction of the existence of foreigners from multiple perspectives.

In literary works, characters cross borders and stand on the boundary to expose the limitations of the status quo and to cast doubt on the legitimacy of the systems. In the era of the new global anarchy, the trans-boundary thinking of migration literature is connected to the fundamental imagination of literature, which resists incorporation into systems, and leads readers to reflect upon the present where conflicts and disputes are becoming accelerated. Moreover, boundary characters encourage us to contemplate the relationship between I and the other, which cannot be demarcated in a binary way, such as settlers versus migrants or perpetrators versus victims, while discussing the validity of the speech community in talking to the other first. The narrative, writing as a record to remember the history of savage times and struggles, a testimony to expose painful traumatic incidents as well as an attempt at self-evidence, remind us of the boundary between narrative subjects and readers. The trans-boundary thinking and the ethics of narratives provide readers with an opportunity to rethink comprehensively and seek to build a global village of harmony and coexistence amidst an era of accelerating polarization and conflicts. This is the ethics of literature and the raison d’être of Korean literature as conveyed through this book.

This book consists of three sections and 13 chapters.

The first section examines how migrants are represented in recent Korean novels and contemplates the ethics of the literature on migration. Chapter 1 outlines the phenomena of multicultural society and migration literature, and explores the future direction for Korean literature. With Namaste by Park Beom-sin, Rina of Kang Yeong-suk, and Princess Bari of Hwang Sok-yong, this chapter examines issues on the representation of migrants in Korean novels after the 2000s, with a focus on the relationship between globalization, the nation-state and migrants. Chapter 2 more specifically diagnoses the possibility of a trans-boundary identity as an "outsider" in a multicultural society, while Chapter 3 contemplates borders as a “glocal” space through a spatial analysis of Day Flowers by Kim So-jin, Wandering Family by Gong Seon-ok, Elephants by Kim Jae-yeong, and Great Roots by Kim Jung-mi. Chapter 4 examines the symbol of Nepal, which is frequently featured in the film Never Ending Peace and Love directed by Park Chan Wook as well as literary works, in relation to narrative desire, and Chapter 5 meticulously analyzes the representation method of migrant women in Rina and Poems of Terror by Kim Sa-gwa through narratology.

The second section analyzes the literary world of Choi In-hun, who wrote controversial work during the time of Korea’s liberation and the Korean War, which created countless refugees and displaced people. Chapter 6 identifies the status of boundary intellects through North Korean defector Choi In-hun’s existence and sense of calling as a writer, and Chapter 7 contemplates the consciousness of a writer in highlighting an individual who confronts the system through a depressed principal agent described in a series of novels depicting the Korean War. Chapter 8 contemplates the Cold War and the literature of disharmony as shown in The Sound of Governor series, with respect to domestic and international circumstances entering into détente. Chapter 9 identifies the aesthetic politics that is often found in the novels and essays of Choi In-hun, and attempts to extend the relevant research prospect.

The third section covers the literary method that recalls the rampant savagery of the 20thcentury,whencolonization,warandgenocideprevailed.Chapter10examinesthenarrativeoftheanti-JapanesestruggleandtheimageryofManchuriawrittenbyethnicKoreanwritersinChina,basedon The Era of Passion by Kim Hak-cheol, and Chapter 11 studies how the memory of genocide is formed through the Jeju Uprising as depicted in The Island Swallowed a Myth by Yi Chong-jun. Chapter 12 examines writings as an attempt at self-evidence and documentation based on the autobiographical narratives of women writers who defected from North Korea, including Kim Yu-kyeong, Kim Hye-suk and Choi Jin-yi, thereby introducing the concept of “subaltern” as suggested by Gayatri Spivak. This process highlights the singular principal agent and the ethics of readers, which create conflict between the desire for testimony to expose elements of painful traumatic incidents and the present desire of the writer to improve her own life and assimilate into Korean society. The last chapter introduces the transnational community shown in diaspora novels written by Jo Hae-jin and Choi Eun-yeong. The validity of the speech community, which faces the suffering of isolated others and talks to them beyond a boundary, guides readers toward trans-boundary thinking and the ethics of narratives.

Hyperfine Interaction of Single Atoms on a Surface