Orange in the air

Orange Scholarship Association of the College of Pharmacy 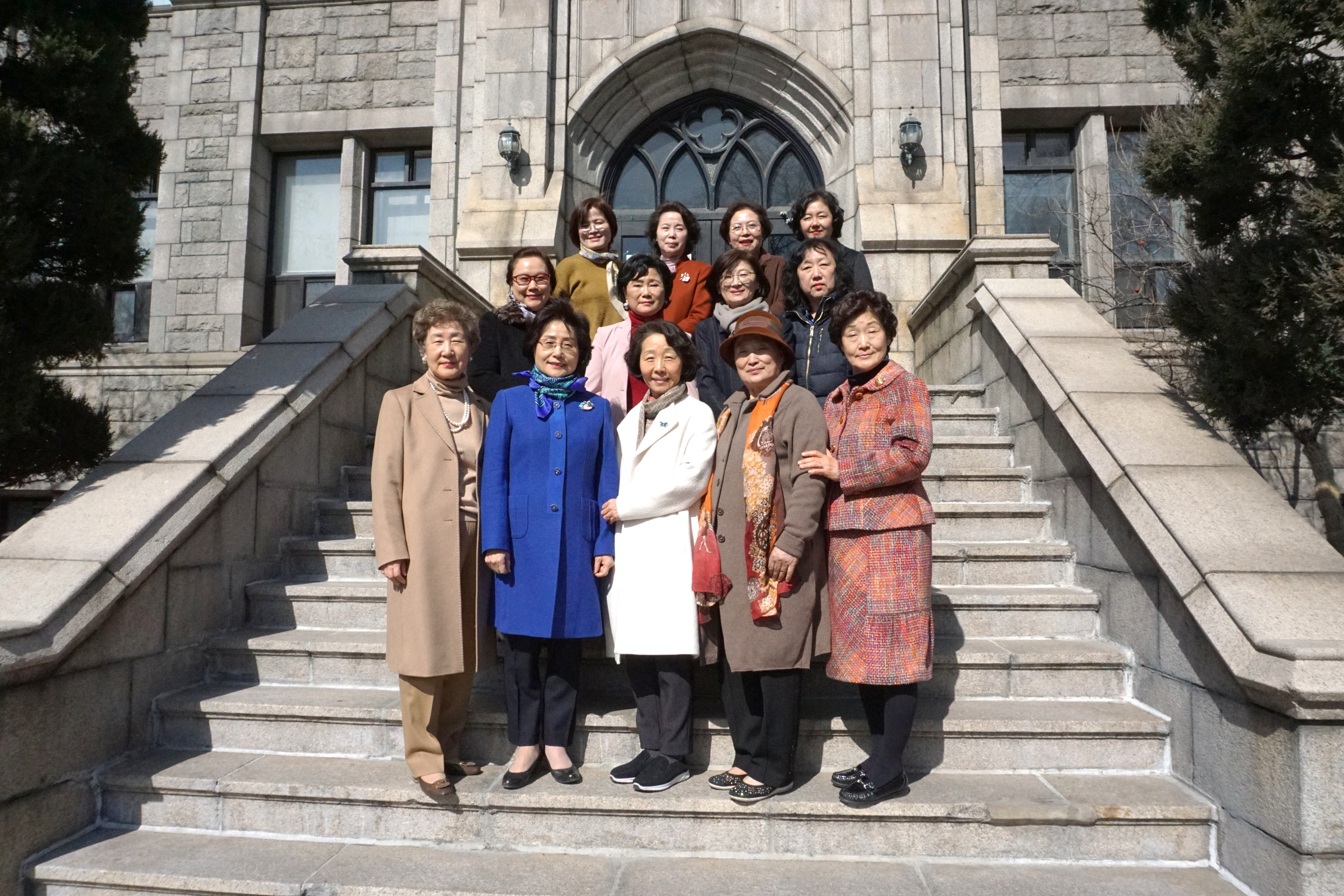 I heard that the Orange Scholarship Association boasts a long history.

President Jeong Jun-sun (Pharmacy, Class of 1972) The association was founded in 1982 with the aim to help students in the College of Pharmacy. It has been almost 40 years now. We select three students every year and give them a scholarship of three million won per semester for one year. So far 180 students have been granted this scholarship.

Is there any special meaning to the orange color?

How do you feel about participating in the Scholarship Association?

Alumna Kim Kyeong-ok (Pharmacy, Class of 1972) A pharmacy is a place where we most often directly meet neighbors in need. Since I work as a pharmacist, I naturally learned the attitude of helping and giving. The best merit of the scholarship association is that you can learn about the generous and great minds from the alumnae in the College of Pharmacy.

Alumna Hwang Kyeong-su (Pharmacy, Class of 1988) I was a recipient, and now have become a sponsor. I received the scholarship three times as a student, which was a great help. I wanted to return my gratitude after graduation, and then I found out about the association and came to participate in the scholarship activities through it.

Do you have any comments?

Alumna Kim Yong-jae (Pharmacy, Class of 1982) People often say “I want to donate but have no money,” but I think that true donation first comes from an open mind rather than an open wallet.

President Jeong Jun-sun A seed planted by the alumnae is bearing fruits of love called the Orange Scholarship Association. I hope that this association can continue to grow and become a channel for even more sharing.