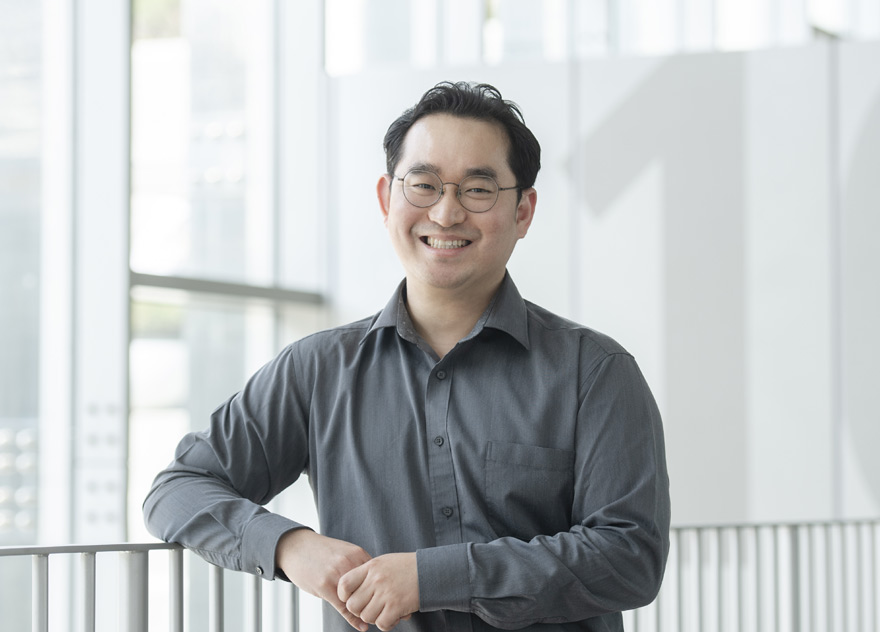 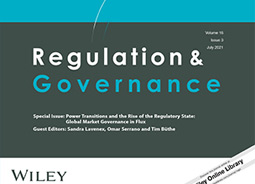 Prof. Moohyung Cho’s recent article, “From Rule-taker to Rule-promoting Regulatory State: South Korea in the Nearly-global Competition Regime,” published in Regulation & Governance, theorizes the roles of “middle powers” in the global regulatory regime and examines the development of competition law and policy in South Korea as a case study. When a country develops economically and achieves middle power status, its role in the global market economy may change. Some middle powers take advantage of their rising influence to challenge the status quo led by great powers, whereas others strengthen the existing order by cooperating with established powers. Under what conditions do middle powers set up their different roles, particularly in international regulatory governance?

This research identifies two factors that determine the role of middle powers in the global regulatory regime. The first is the strength of regulatory states, which consists of regulatory capacity and regulatory capability. Regulatory capacity refers to the state’s ability to implement and enforce the pertinent laws and regulations, and it is materialized by adequate budget and sufficient staff with the requisite skill set in regulatory agencies. Regulatory capability refers to the state’s ability to recognize its own interests in regulatory matters and to advance those interests. It requires that the state should be able to identify the most salient problems that undermine healthy competition in its markets and articulate distinct laws and policies to address such country-specific problems. Middle powers with regulatory strength are no longer passive “rule-taker” and able to play more active roles in international regulatory governance.

Whether such empowered middle powers undermine or strengthen the status quo depends on the second factor, the extent to which their regulatory preferences diverge from those enshrined in the established powers’ competition regimes. Since existing practices of regulatory governance have been developed mainly by the United States and Europe, establishing competition law and policy in developing countries implies inherently a certain closeness with the preference of those major powers. But at the same time, developing countries often define the goals of competition law and policy distinctively by reflecting their own concerns, and this diverging preference may lead to discord with established powers. When middle powers have both regulatory strength and a shared preference with major powers in regulatory issues, they are expected to become a “rule-promoter” to strengthen existing competition regime.

This research evaluates this theoretical claim by tracing the development of competition law and policy in South Korea. South Korea established its competition law and competition agency (The Korea Fair Trade Commission, KFTC) in 1980-81, but it was a non-participant in the international competition regime during the 1980s. The remarkable growth of regulatory capacity and capability has been made since the 1990s after the changes in the domestic and international environment. Democratization created significant domestic pressures for the government to address perceived abuses of market power more effectively, and the rise of the global trade order pushed South Korea to strengthen its competition law and policy to meet international standards. Since then, the KFTC’s enforcement capacity—backed by its organizational independence and substantial increase in budget and staff—has grown rapidly, making it gain international recognition as one of the world’s most well-functioning competition agencies. The South Korean competition regime also exhibits increased regulatory capability, particularly in its evolving approach to economic concentration by chaebols. Korean competition law includes a unique provision that allows the KFTC to designate certain firms as large business groups and impose limitations on them. This provision, motivated primarily by Korea-specific concerns about preventing excessive market domination by chaebols, indicates a distinctive feature of South Korea’s competition regime that hardly exists in other countries’ competition laws. The KFTC’s policy of controlling large business groups thus demonstrates South Korea’s regulatory capability to adopt policies contrary to the wishes of some of the most powerful anti-competitive forces.

Besides the rise of regulatory strength, South Korea’s policy preferences have increasingly converged upon the norms and practices established by the United States and the EU. Despite some distinct elements, South Korea’s competition regime, from the start, largely followed the EU model in setting up a single administrative agency for the public enforcement of competition law and the implementation of competition policy. The KFTC has also reduced the divergence from the U.S. competition regime by adopting further legal provisions and competition policy practices long employed in the United States. Consequently, both European and American norms and practices co-exist and are often synthesized in South Korean competition law and policy. The increasing substantive trans-governmental cooperation between the KFTC officials and their European and U.S. counterparts further indicates South Korea’s convergence with existing competition norms as defined by the EU and the United States over the years.

The combination of regulatory strength and preference alignment with major powers altogether makes South Korea actively promote the rules of the global competition regime through a variety of means. For more than two decades, the KFTC has extensively provided technical assistance and passed on its insights and expertise to competition agencies from numerous developing countries by regularly advising on various practical aspects of drafting and implementing competition law and policy. The KFTC’s rule-promotion is also evident in bilateral agreements with its foreign counterparts and greater engagement in multilateral and trans-governmental competition law and policy networks. In particular, the KFTC has maintained a solid partnership with the OECD since the early 2000s, and the OECD Korea Policy Centre provides the KFTC with a megaphone to reach countries throughout the Asia-Pacific region and beyond. In doing so, the KFTC contributes in numerous ways to the diffusion of international competition norms, which suggests that South Korea now plays a significant role as a rule-promoter in the global competition regime.

This research offers a richer understanding of power transition and its consequences in the global economy. Changes in the distribution of economic power do not necessarily increase international conflict; they can also result in increased cooperation. Moreover, the case study of South Korea contributes to the emerging body of research on regulation and governance in the Asia-Pacific region. Due to the apparent success of the developmental state in many fast-growing Asian countries, the literature has for a long time focused on the state as actively guiding and directly intervening in the economy. Only recently has the state’s role in regulating the economy attracted scholarly attention. South Korea’s transformation from the epitome of the developmental state into a successful regulatory state demonstrates that governments of Asian countries may advance their role from development-oriented intervention to facilitating healthy market competition at home and promoting these norms and practices to their Asian neighbors.

Clinical development and potential of photothermal and photodynamic therapy for cancer