Ewha’s Existence Is My Guarantor in Society, Kim Jun-hee (English, graduated in 1960)

Kim Jun-hee(Department of English Language and Literature, graduated in 1960)

Ewha alumna Kim Jun-hee, who considers the opportunity to contribute to Ewha’s development as her pride and reward, shared her impressions, saying “After graduating from Ewha, I realized that Ewha’s existence was my guarantor in society. This donation is an expression of my gratitude for the huge advantages I enjoyed as an alumna of Ewha.” In addition, she expressed her sincere gratitude for the opportunities she received as a member of Ewha through various benefits, support, and advanced higher education, which were denied to women in the past when higher education was reserved exclusively for men and women were socially disadvantaged. She remarked, “I've always felt that I owed a debt of gratitude to society for the various advantages that I enjoyed, and now that I’m finally able to give back through donations, I feel that the burden on my shoulder has been lifted.” 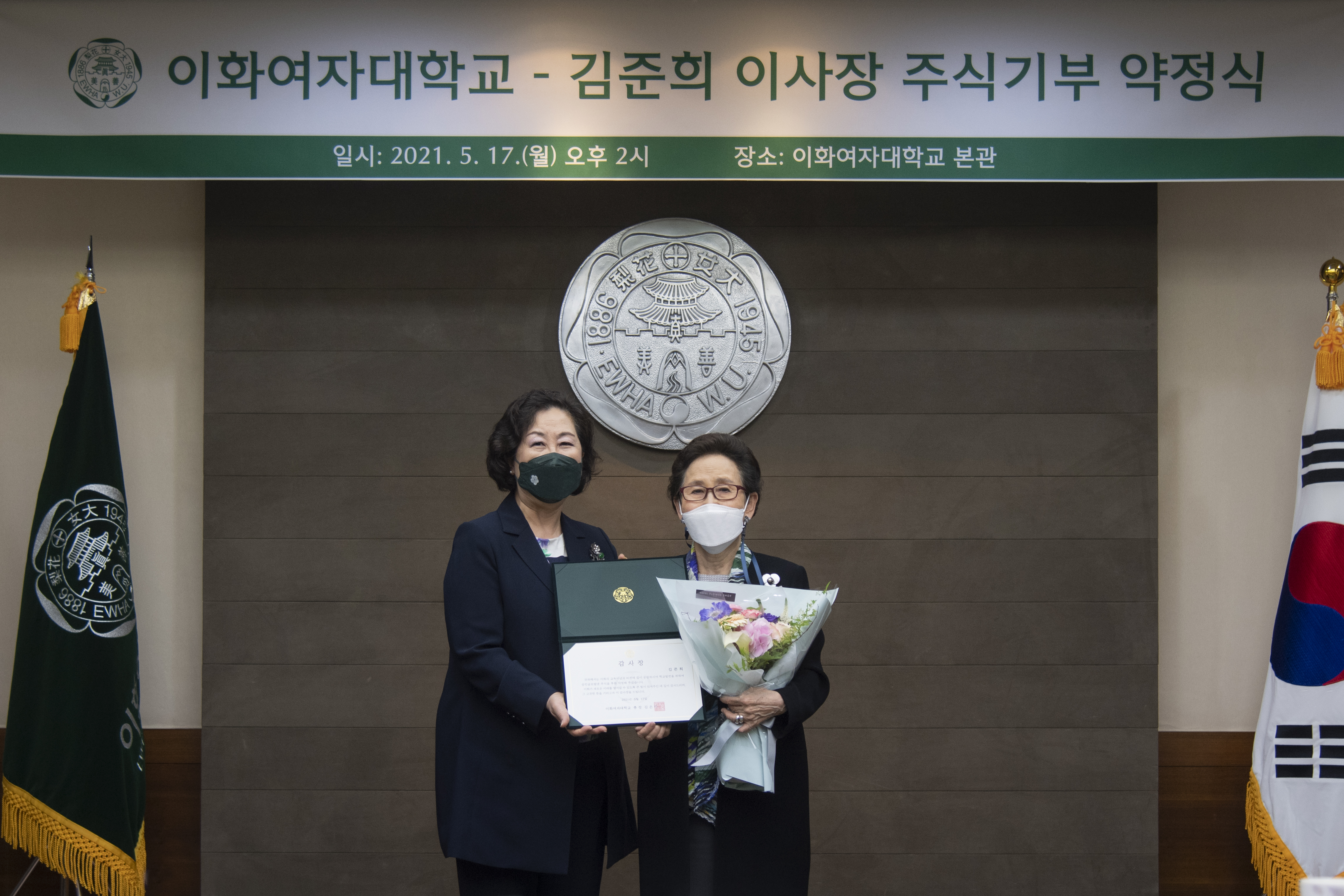 Ewha’s spirit, summarized as sharing, service, and consideration, along with the education provided by Ewha, had a great impact on Kim’s path in life. After graduating, Kim joined World Vision, the largest relief organization operating in Korea after the Korean War, translated English-language letters sent by overseas sponsors who helped war orphans and widows, and became interested in repaying society for the education and benefits that she had received. When her juniors from the English Literature major at Ewha, who were also translating such letters, founded the social welfare organization Good Neighbors, Kim joined the organization as a founding member and tirelessly continued her support for 30 years, thereby practicing Ewha’s spirit through her life.