The International Foundation for Ewha Womans University (IFEWU) is a non-profit foundation established in 1970 by international friends of Ewha, including Americans and Canadians, Christian groups including the United Methodist Church, and alumnae and their family members who live in North America with the aim to support Ewha. This year, the IFEWU commemorated its 50th founding anniversary.

The IFEWU traces its roots to the “women’s work for women” movement, which was driven by the women of the North American Methodist Church in the 19th century. Dispatching missionaries and offering financial support, the movement opened the door of opportunities that led to the establishment of Ewha Womans University. Since then, the IFEWU has grown into an enormous wave that brings everyone together, regardless of gender, race, and school, beyond a movement of North American Christians and has been working to realize the internationalist vision of Dr. Helen Kim. The IFEWU has raised total funds amounting to around 18,187,530 USD over the past 50 years, donated around 15,890,000 USD to Ewha, and dedicated continued efforts to newly construct buildings, secure excellent faculty members, expand and improve educational facilities and programs, and support scholarships for Ewha through times when Korea was experiencing political and economic hardships. 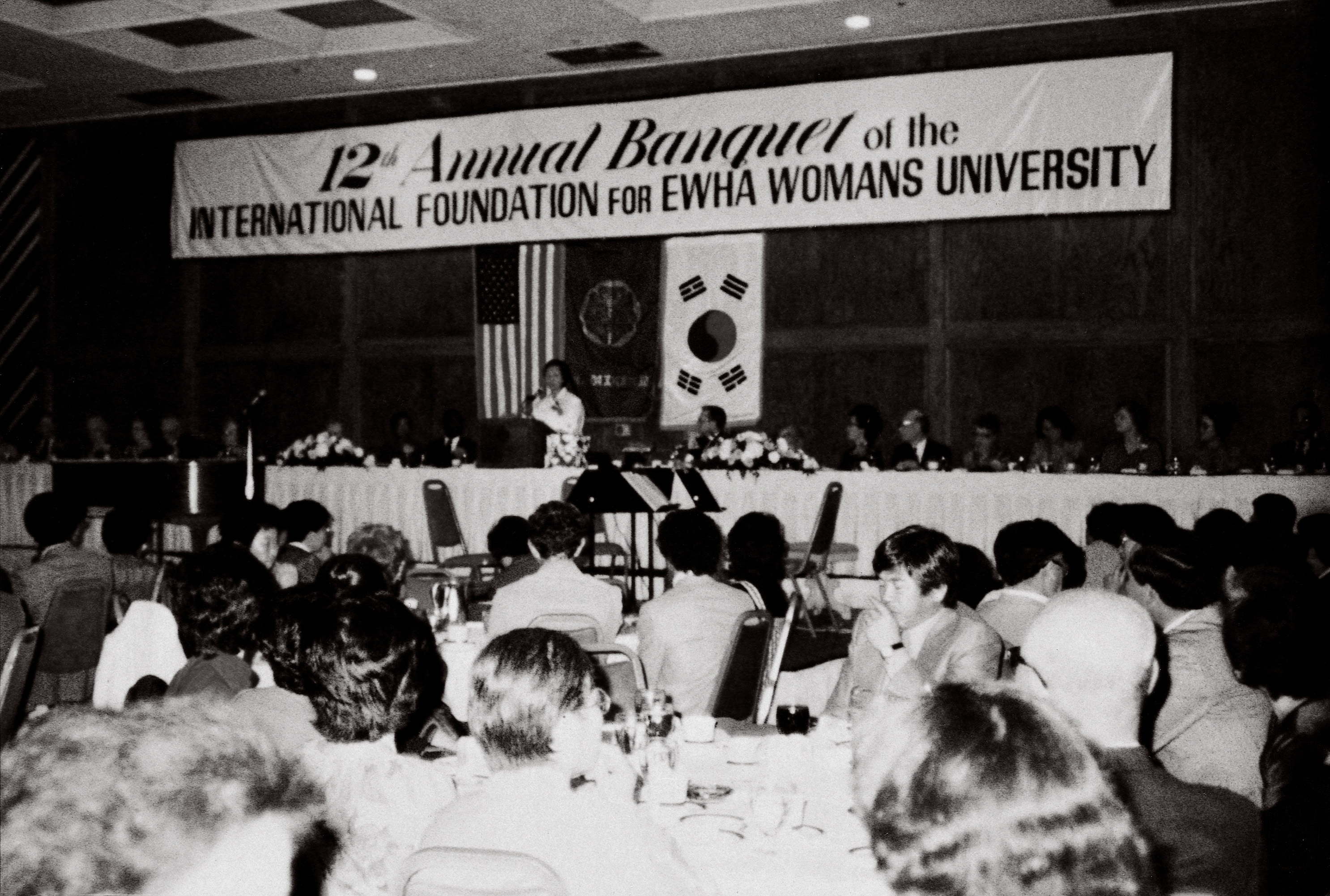 The IFEWU had originally planned a commemorative event for its 50th anniversary to be held in April 2020, but instead held a non-contact event on April 23, 2020 due to COVID-19. At the event, President Eun Mee Kim conveyed her greetings by thanking the IFEWU for its members’ prayers and support and remarked, “In the era of challenges and changes, Ewha will pioneer a new path as a trailblazer and take on leading roles with courage and trust.” She also asked the IFEWU to walk alongside Ewha on its new path. Subsequently, former U.S. Secretary of State Hillary Rodham Clinton, who has maintained her ties to Ewha as a “distinguished honorary Ewha fellow,” delivered a congratulatory speech, remarking “I believe that the IFEWU and Ewha Womans University will make even greater contributions to global women’s education.” Former IFEWU President Sharon Rader presented her keynote speech, commenting “We will draw strength and courage for the future by remembering all the achievements that the IFEWU and Ewha Womans University made together.” This was followed by congratulatory video messages from former IFEWU directors, recipients of scholarships and funds, and friends of the IFEWU, which made the event even more meaningful. 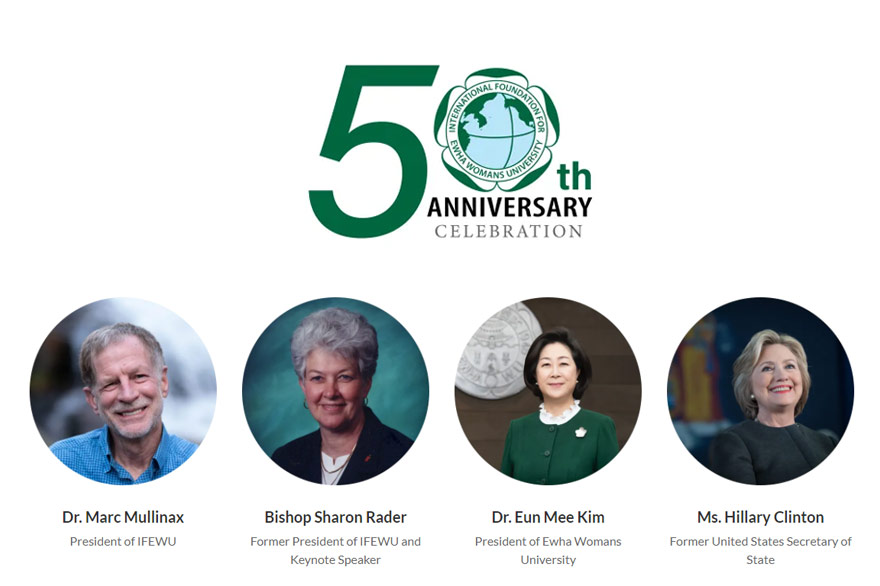 Promising Companionship for the Next 50 Years

The event also included the announcement of the 50th Anniversary Hope Fund (Hope Fund), a scholarship for supporting international students from developing countries at Ewha, in commemoration of the IFEWU’s 50th anniversary. The IFEWU has supported Ewha’s development and achievements through various forms of support over the last 50 years, throughout which it single-mindedly dedicated itself towards fostering talented individuals at Ewha. This stream of love overflowed to benefit so many Ewha students and served as the basis for their growth. The Hope Fund embraces this spirit of love to expand its horizons towards becoming an educational donation for all women in the world as future leaders of a sustainable society. The IFEWU has shared the history of Ewha as it opened its doors with one student and eventually became a world-class women’s university that has produced 240,000 graduates. It will continue to walk alongside Ewha for its next 50 years and create a steadfast current towards creating a better society. 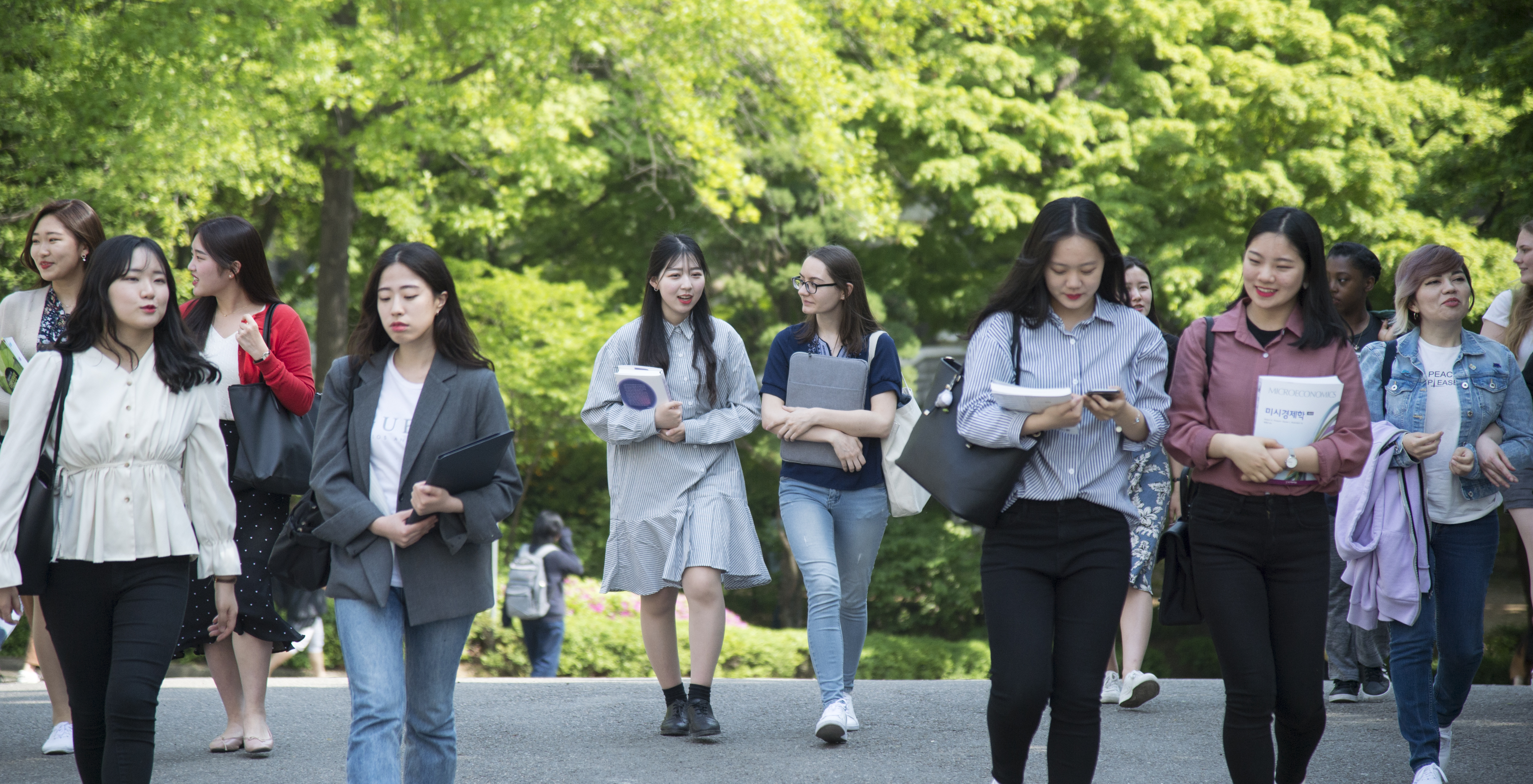