Laying the groundwork for Ewha’s growth , Late Choi Myeong-Sook, an Advisor at the Ewha Alumnae Association

A sum of KRW 100 million was donated to Ewha through the “Choi Myeong-Sook Scholarship,” named in honor of the late Ewha Alumnae Association advisor Choi Myeong-Sook, who had set a fine example of devotion and service towards her alma mater in life. The late advisor was a role model of volunteerism and generosity, and expressed her will to sponsor Ewha Womans University, which was honored by her family as they donated the fund according to her will.

Proposing a new path for a new era

A passionate alumna who often remarked that Ewha was a great source of pride and reward, and that it was a pleasure to take part in volunteer work and contribute to the growth of her alma mater, Ms.Choi was a Political Science & International Relations graduate in the class of 1961, and had always been a major supporter of Ewha as a donor and served as the president of the Ewha Alumnae Association from 1999 to 2003, leading a community of more than 200,000 Ewha alumnae.

At the time of her inauguration as the president of the alumnae association in 1999, the sense of hope and determination towards the advent of a new millennium saturated both Korea and Ewha. During this historic time, Ms. Choi reformed the rules and organization of the association, and responded to the needs of the changing times not only by continuing existing projects inherited from previous administrations, but also by adding new programs and achieving substantive outcomes.

Ms. Choi strived to increase active participation in the alumnae association under the conviction that association was an inseparable part of Ewha’s growth. She left a sizeable legacy in charting the direction and vision for the massive organization of the Ewha Alumnae Association to navigate the new era by launching various programs to expanding opportunities for participation by overseas alumnae as well as launching the Ewhain.net website.

Laying the groundwork for Ewha’s growth

During her term as the president of the Ewha Alumnae Association, the alma mater support program that the late Choi Myeong-Sook focused on the most was the restoration of the Welch-Ryang Auditorium. The building was considered to be the symbol of Ewha, the main venue for the school’s most important events and a place of countless memories of chapel. In particular, it is said that the departed held a special fondness for the building as she was among the first graduates whose graduate ceremony was held in the Welch-Ryang Auditorium. Around 50 years since witnessing the building’s opening as a student herself, she became the president of the alumnae association and led a fundraising campaign for the restoration of the said building. She also played a meaningful role in the school’s fresh start for the new century by leading another fundraising campaign that recorded the remarkable achievement of collecting KRW two billion in the early 2000s. 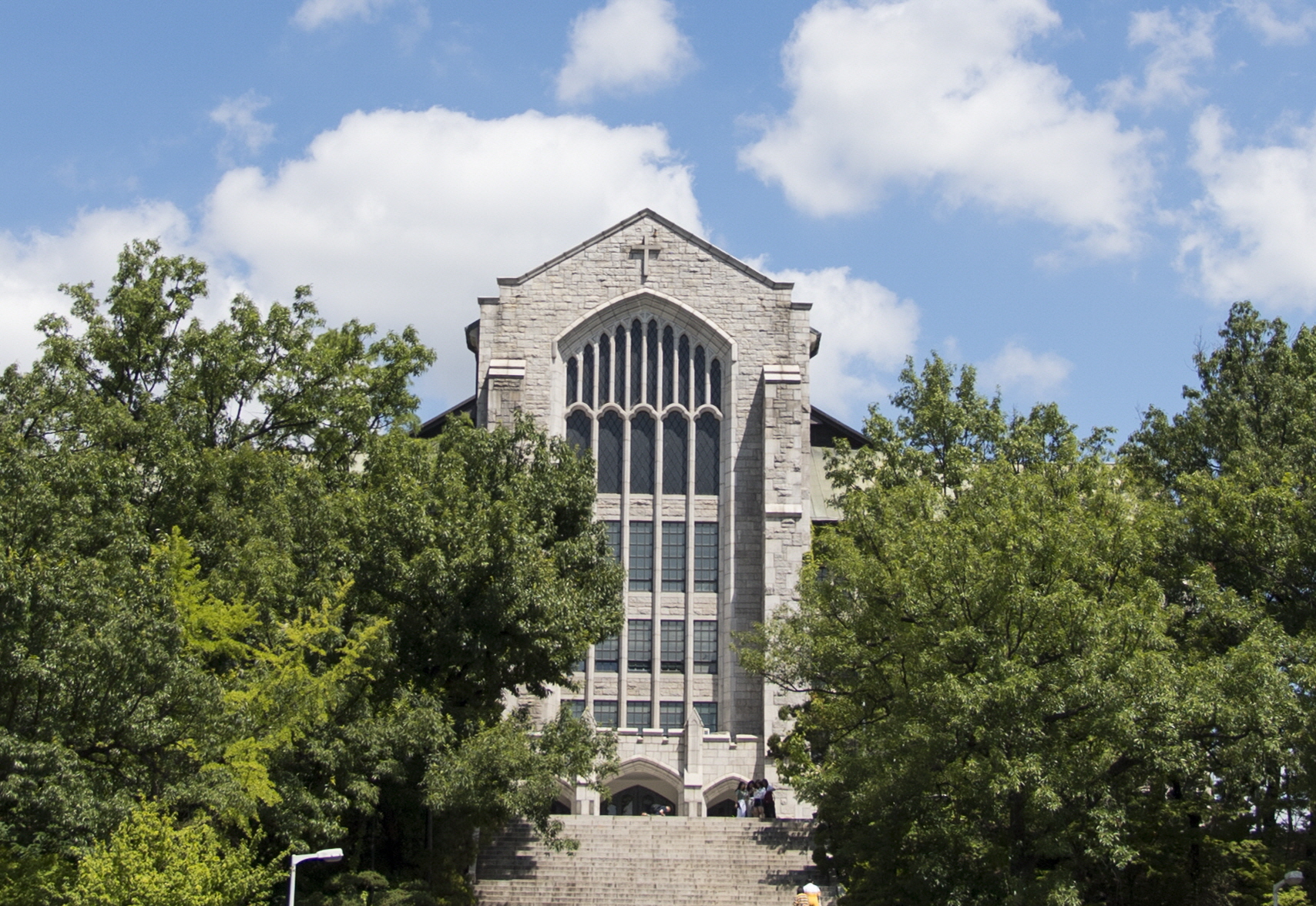 Ms. Choi used to recall that her most proud moment was when she attended the first Christmas service where the entire Ewha community came together in the Welch-Ryang Auditorium after it was restored by her successful fundraising campaign. She proudly noted that her love for Ewha grew with each opportunity that she participated in to serve the school community; “I hope that future generations of students will also begin to take an interest in Ewha and grow that seed of love towards our school to bear fruit one day.” Her words embody her noble attitude of finding joy in sharing and volunteer work.

Ms. Choi often expressed her unsparing love for Ewha through scholarships for current students and Ewha’s growth, in addition to serving as the president of the alumnae association. She stood alongside Ewha with every leap forward and always worked hard to support students at her alma mater. In 2001, she donated KRW 100 million to launch the Choi Myeong-Sook Scholarship, and in 2009, she created the Song MeeYoung Scholarship with a donation of more than KRW 150 million, honoring her granddaughter, who was also an Ewha alumna.

The late Ms. Choi Myeong-Sook dedicated her full moral and material support for Ewha, based on her belief that the growth of her alma mater would lend both herself and younger generations of students a great source of strength and motivation. Her generous affection sowed the seeds of growth in Ewha, based on which the school was able to reap the fruits of its leaps forward in the new millennium. The profound love and dedication shown by the late alumnae towards Ewha will always be remembered in the hearts of Ewhaians.

Creating a New Space for Education That Links Tradition to the Future(Kwon Young-ha, graduating class of 1957)